More Than A Pussy was founded in May 2017 to combat the male dominated workplace, relationships, and climate of popular culture. Dani Jay felt the constant battle of having to overcompensate and over justify her worth because of her gender. M.T.A.P fights back!

Dani Jay envisions More Than A Pussy evolving from its audacious apparel infancy into a non-profit that supports the education, job readiness, and general empowerment of women. More Than A Pussy is and will continue to be the power of brains and beauty!

A retail brand boldly rejecting the objectification of women

THE MISSION: More Than A Pussy empowers women to courageously profess that they amount to more than their sexuality while honoring the power of their womanhood. Drawing from her Fashion Marketing Degree, as well as, her grown and chic personal style, Dani Jay tastefully sources and designs statement making clothing.

The Story of Dani Jay...

Her strikingly soft facial features, delicate demeanor and gentle voice may captivate your attention, but she is much more than meets the eye.

With a Master's of Business Administration degree and Bachelor’s degree in Accounting & Fashion, Dani Jay earned her position as a lead accountant at one of the world’s leading digital industrial multinational conglomerates. She also uses her business acumen as a Chatfield College adjunct professor. Still, Dani finds herself defending her worth because of her womanhood. Ironically, her passions for fashion and women empowerment are the very things she has wielded to fight for herself.

Dani Jay was born in Cincinnati, Ohio as the middle child of nine siblings. As is imaginable, her large family often got creative when it came to preserving resources. The resourcefulness developed in her ingenuity towards fashion.

As she advanced through life’s stages, progressed in her career and increased her income, Dani Jay’s appreciation for quality clothes steadily grew. While she still finds great gems at TJ Maxx, the fashionista’s closet is lined with posh pieces from Neiman Marcus, BCBGMaxazria, Vince, Parker and even Harrods during their more modest seasons. Dani Jay’s personal style is not the only thing that was founded during her childhood. 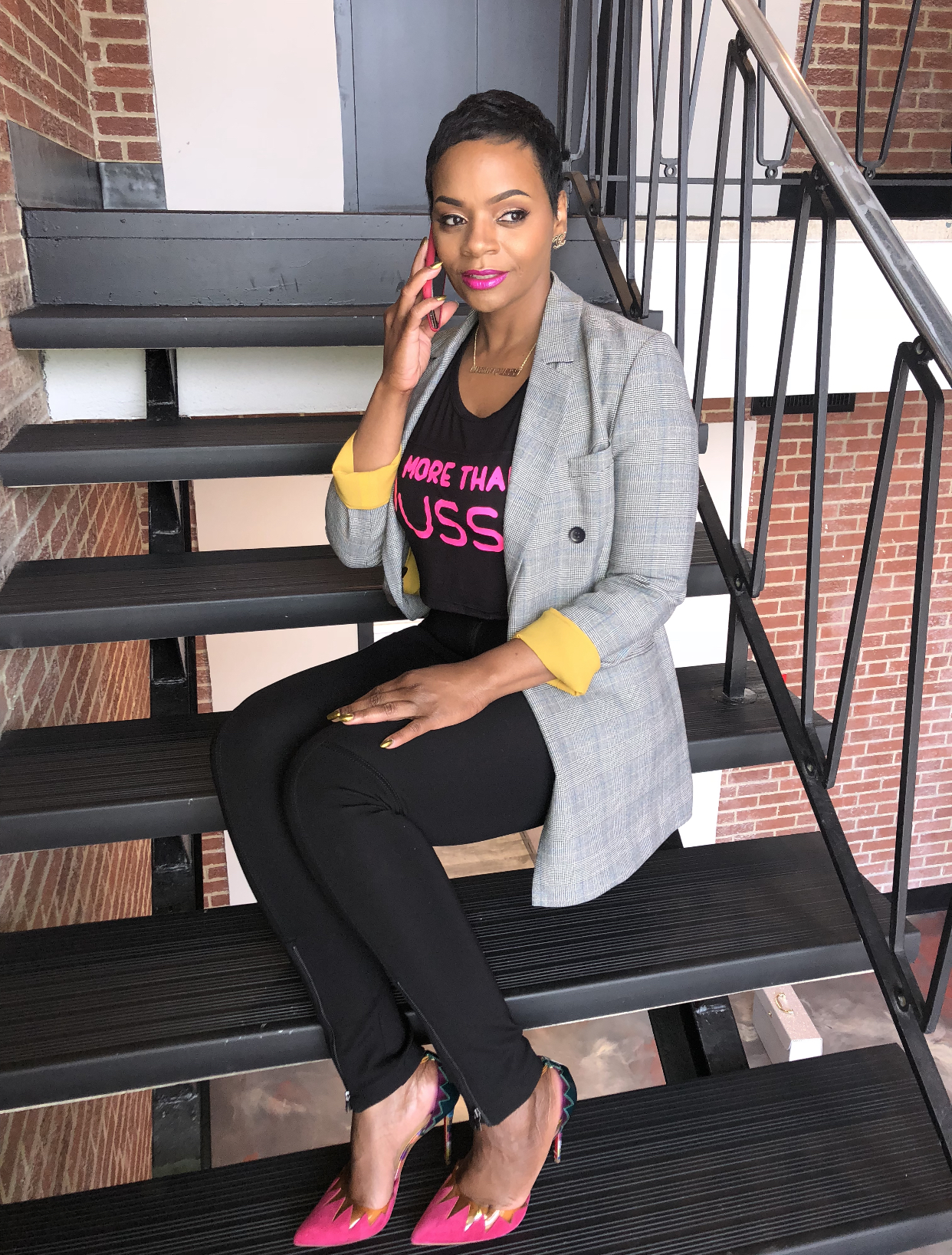 Tirelessly working, entrepreneurial women like her mother modeled for her the type of woman she should become just as less determined female influences demonstrated qualities that she would avoid. Though her parents were married throughout her upbringing, Dani Jay was impacted by her mother’s stark independence. She never waited for another person to get a job done and at every task, she’d outwork whomever else was in the room. Business women trading their high heels for flats as they started their commute into the city for work as her yellow bus passed inspired young Dani Jay to aspire to greatness.

While she steadily advanced in accounting, she’d often find herself using lunch breaks to dream up a role that would fuel her passions. In 2017, the elitist, male-dominated culture of her industry, dissonant romantic relationships and a hypersexualized social climate helped her discover it. With a bulk order of  t-shirts and a motto that fully captured her disposition, Dani Jay launched the brand.

Drawing from her own fashion sense, Dani Jay sources quality pieces for her brand. As details are the at the essence of Dani Jay’s easy and eccentric style, each piece has uncommon elements from perched cat ear ball caps to chain-linked, fringe sweaters.

While More Than A Pussy is the proclamation that Dani Jay needed for herself, the retail brand empowers all women to live lives that amount to more than the gender roles society has prescribed for them. More Than A Pussy is currently a fashion brand but it is also a cause for women’s rights, education and overall wellbeing.